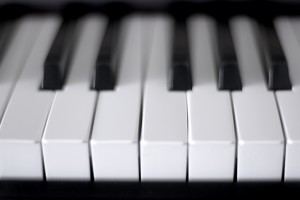 Andrew Bingham is MP for High Peak and Vice-Chairman of the All-Party Parliamentary Group on Music.

After the Olympic and Paralympic Games in 2012, the Global Soft Power survey, published by Monocle magazine, ranked the UK in top spot. The UK has more persuasive power than anywhere else in the world. We are a cultural superpower.

A new UK Music report shows that the industry has immense hard economic power too. Measuring Music found that music made a contribution of £3.8 billion to the UK economy in 2013, created over 110,000 jobs and generated exports of £2.2 billion.

Growth in the sector in 2013 was up 9 per cent from £3.5 billion in 2012, outperforming the rest of the UK economy which grew at 1.7 per cent. This is a significant statistic worthy of note.

In response, Sajid Javid MP described the UK music industry as “one of our biggest success stories. Not only does it make a tremendous contribution to driving economic growth, but it plays a pivotal role in taking British culture to every corner of the globe.”

Music contributes to the UK’s superpower status in both soft and hard power. It creates real jobs and opportunities for young people, and getting young people involved in music at an early age has many social benefits as they learn to work with others in bands, orchestras or choirs. In my own constituency, the Kinder Children’s Choir has provided so much for so many young people and founder Joyce Ellis, recently awarded the MBE for her work, prides herself that the choir is open to any child who wants to sing.

One of the challenges in my constituency, and for every MP, is how to give young people the right advice on skills and training for a modern workforce. Industry-led skills training initiatives, like the UK Music Skills Academy, help us reach out to young people looking to fill one of the 110,000 jobs the music sector supports.

I am grateful to UK Music for arranging a ‘Skills and Schools Day’ in my constituency. One hundred Year 10 students from Glossop and High Peak had a lot fun and received useful guidance on what employment opportunities exist within the industry today. The business of making music has to adapt as fast as technologies change. Consumption of music by young people is almost completely different to what it was when I was fifteen.

So these sessions are important as it puts the industry in front of a future workforce. Sessions looking at production were given by former Culture Club producer Steve Levine. The arrival of JLS band member Oritsé Williams caused huge excitement and he spoke to students about the different aspects of working in the industry.

I am happy to support these types of initiatives and ask that you can support them, too.

Kinder Choirs of the High PeakAndrew Bingham MP: The British music industry has the world dancing to its tune10.19.2014