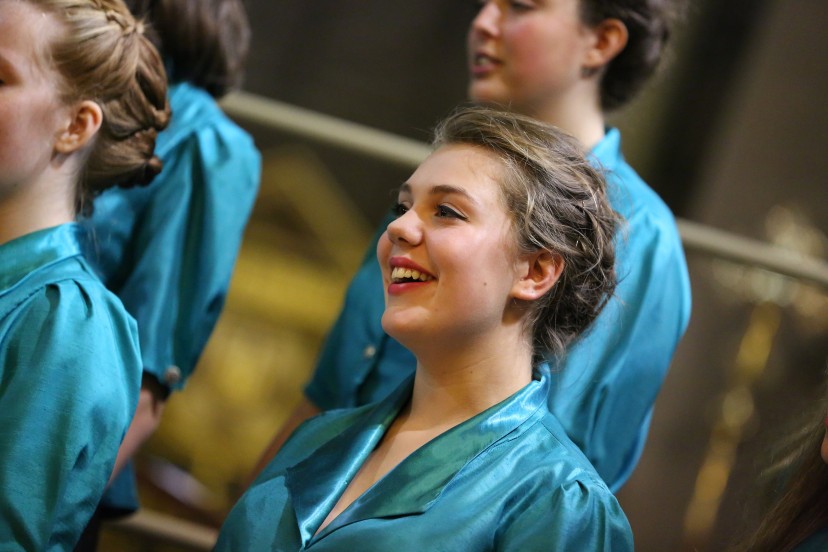 Joyce Ellis established the Kinder Children’s Choirs of the High Peak in 1991, so 30 years ago. Over the past three decades it has been a great joy and a privilege for us to witness the wonderful music made by hundreds of children and young people from the High Peak and beyond. Joyce has led, set and achieved the highest of choral standards and delighted us with their performances. It is simply astounding that the Choirs, based in such a small rural area, could achieve international success over a prolonged period.

Amazingly Joyce has never voice tested recruits, taking all comers and nurturing them to collectively achieve musical excellence. The organisation has been run on traditional lines, with self-discipline and teamwork being central to the Choir ethos. It has shaped the lives of many children and young people, members from every social background and ability.

The achievements and experiences over three decades have been very considerable and life enhancing. The Choirs have:

What an honour for the Choirs to be the only British non-military organisation to participate in the 60th anniversary of D-Day and the Battle of Normandy. They were outstanding ambassadors for the UK as they sang their hearts out in front of large audiences in Normandy including appreciative veterans. They have been impressive ambassadors for the last 30 years.

We are writing to let you know that we (the Trustees, Carol and Joyce) have decided that this will be the last year for the Kinder Children’s Charity. This has not been an easy decision at all but we have had to take into account decreasing membership, diminishing audiences and our limited finances.

Most of all though, it is time for Joyce to reduce her workload and to enjoy her semi-retirement.  Over the decades she has been the Choirs’ Founder and leader and its inspiration. The final event for Choirs will be the 30th Anniversary concert at St John’s Church, Buxton on 20th November 2021. This will be a fitting finale and will demonstrate the legacy of Joyce’s work when the Kinder Children’s Choir, will be joined by a large and impressive Kinder Alumni Choir with Yvonne Howard as our soloist.

The Kinder Children’s Choirs of the High Peak will deregister from the Charity Commission as a charity with effect from 30 November 2021.  However, the Kinder Chorus (adults) will continue to be led by Joyce and there may be future Kinder Alumni events. These will operate independently led by Joyce and Carol.

However disappointing this news may be, we are very excited that the Children’s Choir will be joining the 30th anniversary concert in November.  Thank you for your continuing support and understanding and we hope to see as many of you as possible at the grand finale.