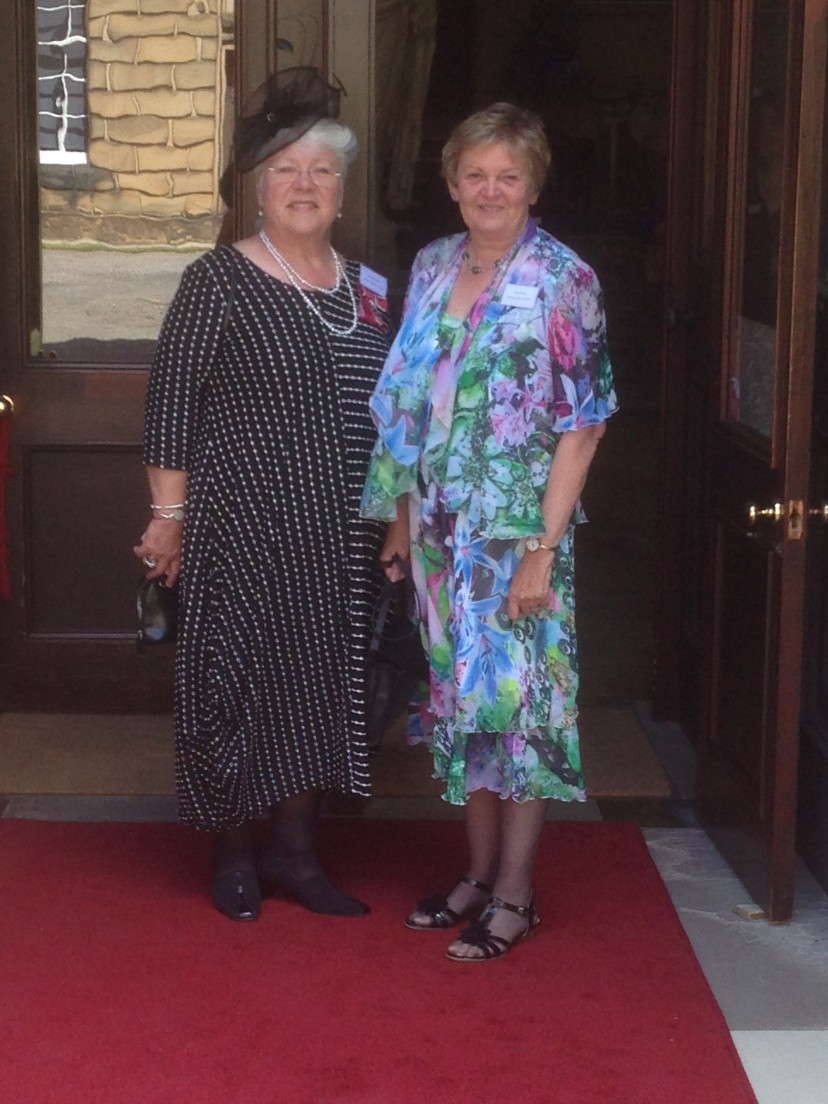 On 10 July, Joyce Ellis and Carol Prowse met the Queen and Prince Philip at a reception at Chatsworth.  The reception was hosted by the Lord Lieutenant of Derbyshire, William Tucker, as a thank you to many of the charities and voluntary workers who make a difference to the community in the county. Joyce and Carol were invited to represent the Kinder Children’s Choirs along with 80 other people representing many organisations as diverse as the Women’s Institute, The Royal British Legion, Helen’s Trust, and the Arkwright Society.

“What a wonderful day!  The sun shone and the atmosphere was full of festivity. The Queen and the Duke were both full of vitality, deftly switching from one subject to another as they chatted to the guests about so many diverse charities. The Lord Lieutenant wanted us all to thank our colleagues and volunteers for all the wonderful work they do to enrich our communities. He also thanked the Queen and the Duke for accepting his invitation to the reception. The three cheers for the Royal party as they left were loud and heartfelt”

Pic  Joyce and Carol on the red carpet at Chatsworth.