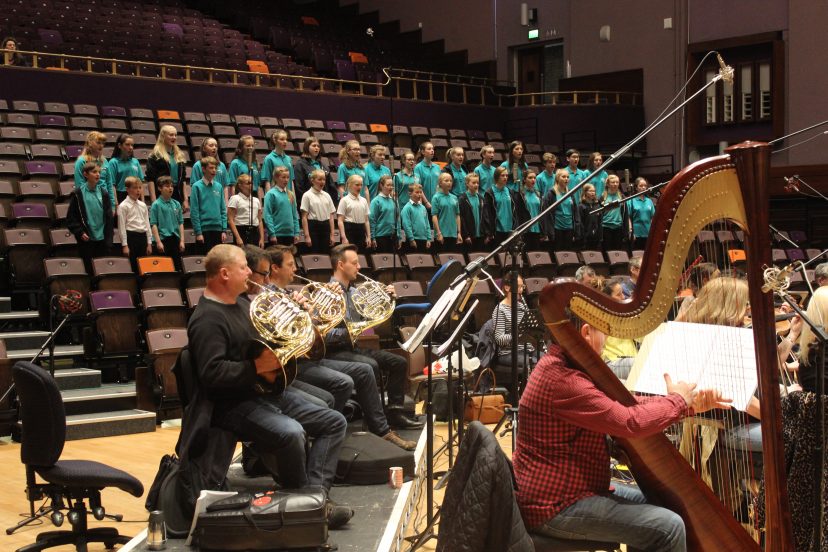 The Sir Arthur Sullivan Society’s new complete recording of The Light of The World was made at the Watford Coliseum from 21 – 25 April. The soloists are Natalia Romaniw, Eleanor Dennis, Kitty Whately, Robert Murray, Ben McAteer, Neal Davies with the BBC Symphony Chorus, Kinder Children’s Choir and the BBC Concert Orchestra conducted by John Andrews.

We were very honoured to be invited to perform the children’s choruses on this recording.  We were the first choice of conductor John Andrews for the children’s choir and that goes a long way in demonstrating the high regard with which KCC is held in the professional world.

The recording will be released at the end of the year and we are looking forward to adding this to our collection.  Details of where to obtain the CD will be made known as soon as we know the release date.

Quote from Martin Yates (Chairman of the Sir Arthur Sullivan Society): “In April I was thrilled to hear the children of the Kinder Children`s Choir perform at the recording sessions in Watford of Sullivan`s oratorio “The Light of the World”. This tricky music was performed beautifully and confidently by the choir–something to be really proud of. I have heard the “rushes” of “Glory to God in the Highest and they sound superb.“